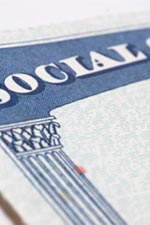 It is a must for every citizen of the United States to have a Social Security Number. And thanks to the online Application Filing Service, now people can apply for one from anywhere they like. Today, the Board of Trustees for the Social Security and Medicare Trust Funds issued their annual report.  You can find a summary of the report by clicking here.  Bottom line, we are now “broker” than we thought last year.

Of course, that assumes there is a “Trust Fund”.  There isn’t.  What there is is a file cabinet somewhere that contains IOU’s issued by the federal government.  These IOU’s are called “treasuries”, but they are not.  Unlike the treasuries we give to China to pay for our excessive spending, the trust fund IOU’s are non-marketable.  China can sell its treasuries to, let’s say, Brazil.  The trust fund can only sell its treasuries to the federal government.  And, every time it does so, our total government expenditures increase.

On to Medicare…its file cabinet of IOU’s will be depleted in 2024, the same as last year.  But before you cheer, read the fine print.

…the Trustees assume an almost 31-percent reduction in Medicare payment rates for physician services will be implemented in 2013 as required by [Obamacare], which is also highly uncertain.

…the prices paid by Medicare for health services are very likely to fall increasingly short of the costs of providing these services. By the end of the long-range projection period, Medicare prices for hospital, skilled nursing facility, home health, hospice, ambulatory surgical center, diagnostic laboratory, and many other services would be less than half of their level [before Obamacare]. Medicare prices would be considerably below the current relative level of Medicaid prices, which have already led to access problems for Medicaid enrollees, and far below the levels paid by private health insurance. [emphasis supplied]

And then, we will have Obamacare…

Meanwhile, from the President and Congress,other than Paul Ryan (R. Wi.), we hear crickets.

Can you force a physician to lose money?

Mayo Clinic calls provisions of Obamacare so complex, they are unworkable

Is the Arizona Immigration Law unconstitutional?
Scroll to top