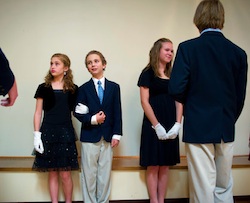 Well, so says the NY Times. But if true, it’s a sad day indeed.

As many of you know I have a particular affinity for the South. Not only did I live 4 years in Tidewater, but both my sister and brother have lived the vast majority of their lives in Georgia, Tennessee, and northern Florida. So I find the story disturbing.

The Times reports, using University Professors as sources, reports that the days of “Yes mam”, “no sir”, are quickly ending. The days of giving up a seat to a lady and treating everyone, at least publicly, no matter race, or gender with respect, are ending. If that is indeed happening, it’s a tragedy.

At least, it used to be. The Tavern at Phipps case, and a growing portfolio of examples of personal and political behavior that belies a traditional code of gentility, have scholars of Southern culture and Southerners themselves wondering if civility in the South is dead, or at least wounded.

“Manners are one of many things that are central to a Southerner’s identity, but they are not primary anymore. Things have eroded,” said Charles Reagan Wilson, a professor of history and Southern culture at the University of Mississippi.

To be sure, strict rules regarding courtesy and deference to others have historically been used as a way to enforce a social order in which women and blacks were considered less than full citizens.

Interestingly the reason is being blamed on a virus infecting the culture … Yankee brusqueness.

As those issues faded, proper manners remained an important cultural marker that Southerners have worked to maintain. Since the Civil War, any decline in Southern civility has largely been blamed on those damn Yankees.

Newcomers still get much of the blame. In the past decade, the South has seen an unprecedented influx of immigrants from other states and countries. The population in the South grew by 14.3 percent from 2000 to 2010, making it the fastest-growing region in the country.

But there is more behind the social shift, scholars say. Digital communication and globalization have conspired to make many parts of the South less insular. Couple that with a political climate as contentious as anyone can remember and a wave of economic insecurity rolling across the region, and you have a situation where saying “thank you, ma’am” isn’t good enough anymore.

“There are just so many more complexities,” Professor Wilson said. “Manners and a code of civility can’t help you negotiate everything.”

Some say the South’s great cities seem to be losing civility faster than country communities, where stopping to ask for directions can still end in an invitation to supper.

Too many outsiders trying to escape the pressures of life in bigger cities have migrated to Atlanta and Birmingham, said Saahara Glaude, a media specialist whose clients include some members of the Martin Luther King Jr. family.

My years in Tidewater were made more pleasant by the common courtesy Southerners displayed. And one of my great joys was my frequent trips to my brother’s former hometown, Nashville. And I was told in no uncertain terms when my Yankee crankiness would surface, that’s just not how it’s done here. Conversations were not just hello, goodbye and when asked how I was doing, there was genuine interest. And when people found out I was a visiting Yankee, that always treated it as an honor that I would vacation in their hometown. Invariably I would be asked to join a crowd.

That doesn’t mean people weren’t surly, but when they were it was in private. I hope this is overblown but if not …. sigh!