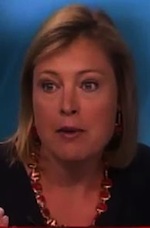 Well if you listen to the left, it’s because you would be a racist. This post gives the precise reason for amending the 14th amendment to the US Constitution and the left’s crazy, lunatic response. Once again raaaaaaaaacist.

Lindsey Graham brought it up a week ago and this first clip explains why, given the problems the country has had in controlling illegal immigration, one of the things he would like to ensure is that there will not be another wave of illegals entering country. As Graham states, as long as there is an incentive to come into this country illegally, as in anchor babies, people will keep coming. Amending the 14th Amendment thus would be part of immigration reform, says the man who first invented “shamnesty”, and, it actually makes sense. If you already are on top of Graham’s position, you can skip to video two and three which are very short.

The left of course, is hysterical. Those who think this idea has merit, based on Graham’s groundwork, are raaaacists. I really hesitate putting up two Matthews videos in one day for fear your heads will explode (interesting a listener let me know that is now Beck’s favorite phrase. Guess his people listen to the show.). Matthews wonders how it could be enforced … ya know, because nobody really knows who the father is of those Hispanic babies anyway. Stay with it right though its Heidi Klum ending.

But for the hard core intellectual lefities, that’s just too tame. Fer sher, those righty folks behind this are part of the “culture of hate in America? So says Brit Gillian Tett

None of what Graham says is unreasonable much less hateful. You want to take care of the 14 million illegals, fine says Graham, but its not open borders. No more waves. This is it. Tett clearly thinks we should destroy our sovereignty the way Britain’s political correctness cost them there’s.

College kids to Chris Matthews: Hey, how about the government helping pay my college loans? UPDATE

Game on: Linda vs Dick
Scroll to top