I have been following this trial, although not religiously, from shortly after the opening statements.  My focus, I suspect due to my background as a litigator, and someone who taught law students how to become litigators, has been directed more to the attorneys than the facts.  This past Saturday something happened that I have never seen before, and I thought it might be of interest.

Because the jurors are sequestered in a hotel somewhere in the Orlando area, and the jurors are from the Clearwater, Florida area, some 60 miles away, the trial judge has conducted the trial on Saturdays.  This past Saturday, the judge abruptly terminated the trial before any testimony was taken, due to “a legal issue that has arisen”.

It was not until this morning that anyone learned what that “legal issue was”.

The attorneys for defendant, Casey Anthony, filed a motion with the court questioning the defendant’s mental competency to assist in her defense.  The motion was quite vague as to the reasons, but, that is not unexpected.  The attorney/client privilege would prohibit the attorneys from explaining their reasons, if their reasons resulted from anything their client told them, either verbally or non verbally.

Upon the filing of the motion, other than terminating the proceedings, the court appointed 3 experts in the field to evaluate the defendant.  They conducted their evaluations this weekend, and court resumed today.  Both the prosecution and the defense stipulated that the judge could make his finding based upon their reports, and the court found the defendant competent.

I should, perhaps, back up and explain that a defendant’s mental competency comes into play at two times.  The first is the “insanity defense”, in other words, the defendant was incapable of understanding the difference between right and wrong when the crime was committed.  This has never been the defense’s claim in this case.  The second is in the trial phase.  If it can be shown that the defendant has a mental disease or disorder so as to make it impossible for the defendant to understand the proceedings, or to assist in the defense, no trial can proceed until the defendant is mentally capable of doing both.

The interesting part to me, here, is that in all of my years of practice I have never seen the issue of “competency to assist in the defense” raised in the middle of a trial.  That is not to say it has never happened, but, it is most unusual.

Speculation as to why this motion was filed now is rampant.  Some are saying that the defendant, in spite of what any good defense attorney would advise, intends to take the stand, and this is just a needed step by her attorneys to make sure that her decision will not be challenged on appeal as a decision of a mentally incompetent person.

I have not idea, but, to me, at least, Saturday’s motion was most unusual. 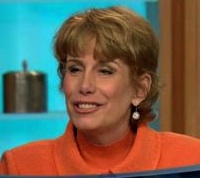 Video of the Day: Would you let Casey Anthony babysit your kids?

Another page in the Casey Anthony trial...please read on
5 replies

Chris Christie to Dan Malloy: I got the job done. How ’bout you? Vide...

ATF whistleblower – not associated with Fast & Furious...
Scroll to top