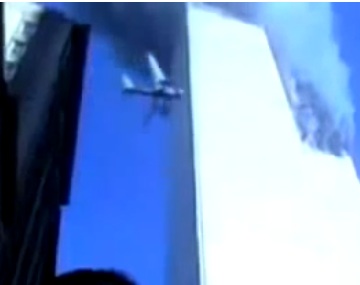 This is the 10th anniversary of the brutal murder of 3000 American civilians by an enemy that has sworn to annihilate this country completely. Just as my parents said about Pearl Harbor, we must never forget, because when we do, when we least expect it, Al Qaeda will strike again. Below the fold I’ve included a few videos to help you remember.

Make no mistake, this is the time not just to mourn the dead, but to celebrate the heroes. So many things in my life have changed since 9/11 and I’ve made so many friends because of it. It’s a time to celebrate those firefighters, police, and emergency personnel who rushed to the towers and rushed to the Pentagon to save as many lives as possible.

It’s to time to celebrate those men and women who willingly and voluntarily enlisted in our Armed Forces to fight the enemy in the Middle East so that they would not have to fight them here. When the 143rd military police Company return to Connecticut in 2004 I asked one of the soldiers how he felt about fighting in Iraq at the time. I still remember him telling me, almost as it was yesterday, I am fighting them there so that my children don’t have to fight them in the future.

I want to take this moment to salute members of the Connecticut National Guard, United States Marine Corps, United States Army, United States Navy, the Coast Guard, the FBI and the CIA  and especially Pres. George W. Bush and Pres. Barack H Obama who for the last last 10 years have put their lives on the line to keep us safe and help prevent another 9/11.

Some of these videos may be hard to watch but make sure you scroll down and see the final video. It still chilling. God bless and rest all of their souls. Here is the 1st tower being hit.

And here is video of the 2nd tower being hit:

And here’s video from the aftermath. This may be a little tough to watch as people tried to escape the building. But I think it’s important that you see so you can remember how horrific this was and how desperate our enemy is. The first is of the Towers collapsing. The second is of desperate trapped victims jumping to their death.

And here is the video that gave America hope, stirred it’s heart and led America to not only take it to the enemy but set up those institutions that to this day keep us safe.

To GIVE and to SERVE – It Passes

Capitalism edges out socialism in poll – Video “Blame The Capitalists”

Practicing spending restraint is possible and it can work

Time For The Treasury Nominee To Do The Patriotic Thing